Direct vis a vis examination:
Before starting with treatment strategies, you should know that the first step is to provide treatment approaches and a comprehensive and consistent plan for treating the eye issues. The skin around your eyes should be examined in terms of thickness, the number of blood vessels present, and the amount of subcutaneous fat.

Dr. Leila Fard:
During the first appointment, which concerns an examination of the thickness level of the skin around the eyes, I check the amount of subcutaneous fat and the number of blood vessels that can be seen under the skin.

There are some individuals whose skin is thick and oily enough around the eyes. For those clients, we can apply filler in the areas around the eyes despite the profound sunken appearance. If there is any dullness left after the gel and filler injection, at least fifty percent of it disappears immediately after the injection. Some people have thin skin around their eyes or large arteries under the skin and do not have enough subcutaneous fat. For these people, the best method is the fat grafting procedure. They are usually referred to a surgeon.

Absence of underlying disease:
Underlying diseases such as iron deficiency anemia or hypothyroidism play a role in causing sunken appearance and dark circles around the eyes. So the levels of those should be kept track of before treatment. If you are aware of the presence of these diseases, you should inform your physician.

Dr. Leila Fard:
It is highly important that you are informed about your underlying conditions, such as iron deficiency anemia or hypothyroidism. You must attend to such issues in advance. Otherwise, the procedure for the eye may not provide us with satisfactory and impeccable results.

How long does the treatment period for sunken appearance take?

For some clients, filler injections around the eyes are executed in one session. However, for those who have large dark circles under their eyes and the shape of the circles is rather obscure, sometimes an extra session is needed. So it may be necessary that they fit another session in their schedule to get the procedure done. Once the filler is injected, we should give the gel or filler or hyaluronic at least 2 to 3 weeks to settle perfectly, reacquire its natural form, and for the final result to become evident. After observing the outcome, we can decide at what intervals the rest of the treatment with mesotherapy or deep lifting (Glow lift) can be executed.

How much of the dullness or sunken appearance disappears after the first session?

In those whose skin around the eyes is proper for this procedure, about fifty percent of the dullness disappears after the filler injection. Non-invasive laser rejuvenation weekly for 6 to 8 sessions, non-injection mesotherapy with Anubis device with a combination of vitamins, brighteners, and collagen stimulants, and deep hydration once a month for four sessions make up the rest of the schedule for treating the remainder of dullness and fine wrinkles.

What filler is used to improve dullness and sunken appearance?

How long does the filler that we inject in the eye area last?

The filler lasts around eight months to one year. However, once absorbed and eliminated, the extent of sunken appearance never reverts to its original level.

Dr. Leila Fard:
Like the rest of the areas in which we inject hyaluronic acid and filler, high-quality hyaluronic acid stimulates collagen production. Therefore, the extent of sunken appearance is always less than before the injection, and this is exactly the opposite of what we presume. 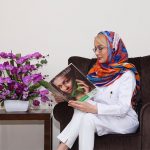 Should we or should we not remove the moles on our face and body? 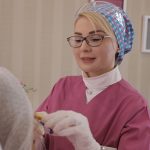 All you need to know about facial rejuvenation with filler injection